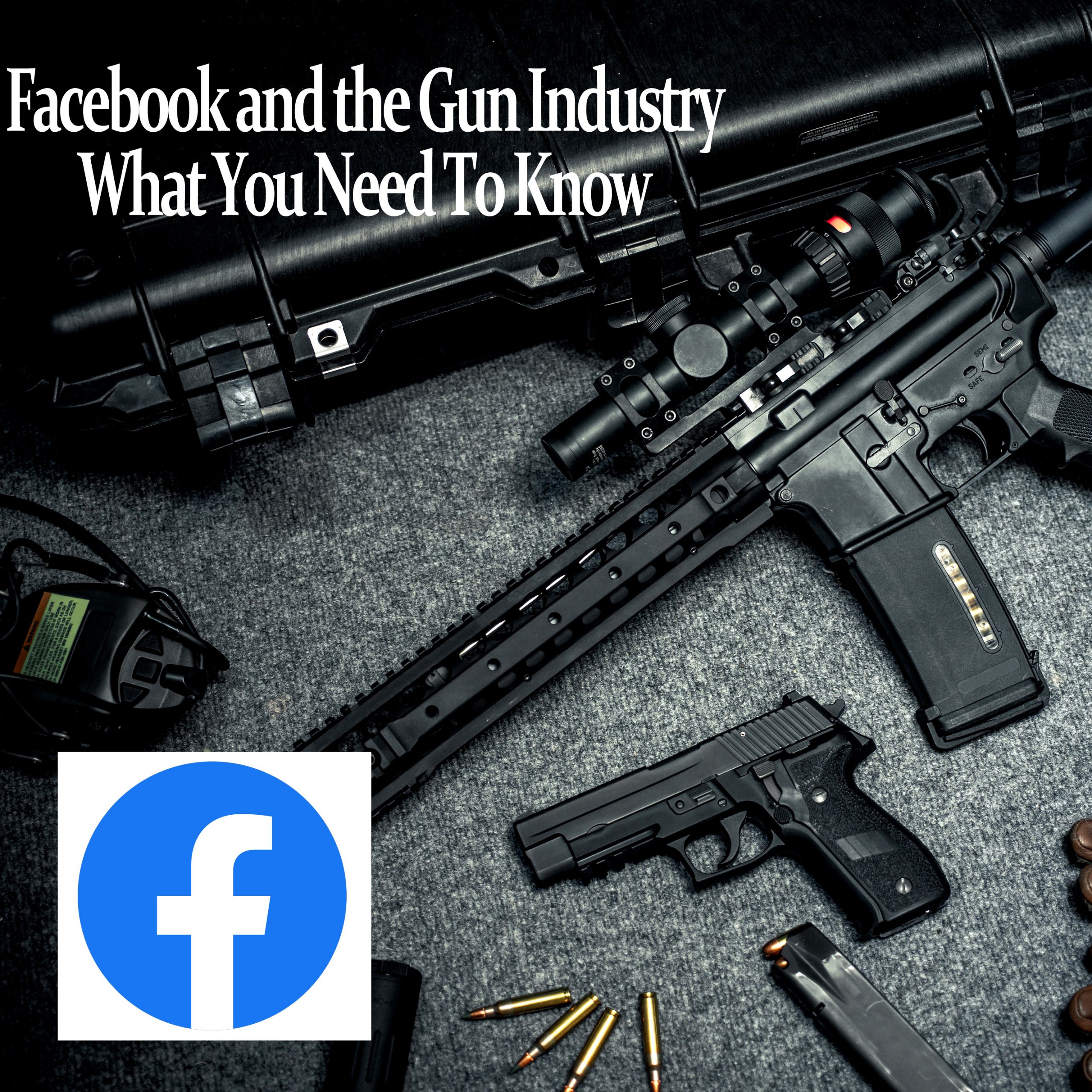 Operating a business in the firearm industry even if you don't sell guns, comes with complications and risk. This article is part of a series of articles I'm publishing about various online platforms, merchant providers, and tools that have policies related to the firearm industry.

Aside from being a popular social media website and platform, Facebook is among the largest online advertising publishers. The nature of the platform and the amount of data it collects about its users makes it among the more effective places to reach a target audience. My company has spent several million dollars in Facebook advertising and that has led to some valuable insights I would like to share with the industry at large.

In the last 5 years I have spent over 1 million dollars in Facebook advertising. What follows are insights gained from my personal experience.

“Ads must not promote the sale or use of weapons, ammunition, or explosives. This includes ads for weapon modification accessories.”

One of the things I really appreciate about Facebook is the level of specificity they provide. For example, here is a list of things they specifically mention as being allowed: safety courses, training or licenses, books, videos about safety, plastic guns, swords, toy weapons, mounted flashlights, scopes and sights for firearms. Hunting, self-defense, and military clothing. Gear such as shooting targets and clay throwers. Holsters and belt accessories. Gun safes, mounts (including bipods), gun cases, and slings. Equipment and protective clothing (including vests). Paint, coatings or wraps for weapons and magazines.

In addition, ads may not promote the “use of weapons,” “brandishing of firearms,” or “sale of weapons.”

In the past, Facebook specified that you could not run an ad for anything if that ad leads someone to a website where the above-prohibited items were being sold even if the product being advertised was not prohibited. Recently Facebook updated its policy and I no longer see that restriction.

The most confusing part of the Facebook policy is the claim that ads cannot promote the use of weapons. That would seem like it stands in contrast with allowing an advertisement for a product that is used with a gun. After all, if you are advertising a gun holster aren't you promoting the use of a gun? Maybe its just me, but in case that confuses you as well I think the core takeaway is that the ads cannot be about shooting guns. As long as your product isn't specified on the naughty list above you should be fine.

Facebook must employ thousands of ad moderators because I'm pretty sure they look at EVERY ad we deploy as a company. Maybe I'm on some flagged list of advertisers that warrants that level of attention or maybe they just look at all ads that closely.

Regardless you should expect that your ads will be reviewed by a moderator to ensure compliance with their guidelines. Along those lines I have good news and bad news.

The Bad News: Their moderators seem extremely inconsistent. I have had sometimes the same ad running 32 different times (targeting different audiences) and 12 may be approved and 20 denied. The ads are identical. Clearly, they are all compliant or not. With each ad we submit I feel like it is a 50/50 gamble that it gets through the initial moderation process.

The Good News: 98% of the time when they reject an ad for being non-compliant we simply appeal that decision and they approve it after the appeal. So the good news is there is actually a way to appeal a denied ad and whatever higher level, better-trained, moderators deal with the appeals seem to be more clear on their own guidelines and generally approve my ads.

In addition to being compliant with the policy as stated above, you should also take care to note that Facebook also monitors the number of people who complain about your ad. Targeting non-gun friendly people with your gun-related advertising is likely to cause people to report your ad or complain about it. Enough of those actions will lead to your account being frozen or deleted.

What Are Your Options – Should You Do Business With Facebook?

If your products and services are compliant with the Facebook advertising policy I see no reason you shouldn't at least consider advertising on their platform if it is profitable.

I understand the desire to not “feed” and give your business to companies that don't fully support the second amendment but if you can serve gun owners and help more people get education, training, and qualify firearm-related products by advertising on Facebook I would say you aren't just supporting Facebook as a business; you are also leveraging Facebook as a business to help out the gun community.

It is also worth noting that Facebook's ad policies are pretty comparable to most other large service websites and publishers. If you can't abide by Facebook rules you won't be advertising on any major online website or publishing platform. That is a business decision you get to make.

My Suggestions To Any Firearm Industry Company Relating to Facebook Advertising: