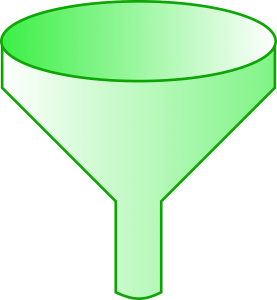 Online marketing is about building machines in which you can put in money on one side of the machine and more money comes out on the other side of the machine. These machines, often referred to as Funnels vary from very complex to very simple. I'm going to share an example of a very simple machine that will hopefully help those who are starting out in the machine building business.

First I had to identify a product that appealed to me and had a strong conversion rate. I searched on ClickBank, as they make it really easy to identify potential products/offers based on their conversion rate and potential earnings per sale, per click, etc. I found something that looked good and I did some math to get a sense for on average how much I could afford to pay per click to drive sales.

Second, I decided to run this test on Facebook as the traffic is cheap and its easy to narrow in on my target consumer for this product. I setup a new campaign and used the interests targeting parameter to identify potential customers based on their shared interests around products like the one I am going to offer. I set a daily budget at $5 because I'm cheap and patient. The danger in setting a budget this low is that many of us will be fooled after only a few days of data into thinking it works really well or doesn't work very well after a very limited data sample.

Third, I create the ad with a few different relevant images so Facebook can test them to see which is better. I write some copy and submit the campaign to Facebook for approval. They approve it within about 2 hours and it starts to run.

After 3 days I check in. I've generated one sell so far. I do the math to see that I'm made slightly more in commissions than I spent in ads at this point. The machine appears to be working. I increase the daily spend from $5 to $10 based on these results and let it continue to run. At this point both images are seeing comparable results so I let both ads run.

Two days later I check in. I do the math on the commission from the several sells generated vs the ad spend and I'm still running at a positive. The machine is still working. Now, with far more data I can see that one of the ads is performing better than the other. I cancel the poorer of the two ads. Then I duplicate the winner once again and change the headline ad copy on the new ad to see which of these will perform better. Now that we have figured out the better image I want to nail down the best potential headline.

Three days later I check in. The machine is still profitable. I have a winning headline so I disable the poorer performing of the two current ads. I try a new experiment. I want to also use this campaign to build my email list while still keeping the machine profitable. So I build a web page with a small email capture form, often called a squeeze page. I link the Facebook ad to this new squeeze page. When users land on the page they are given copy to the effect of: “Before we show you the awesome thing you want to see, do you want to get awesome emails from us? If yes input your first name and email address and click continue. If not click the button below that says No, thanks.” Either button takes them to the product offer.

Two days later I check in. The machine is still profitable… in fact it is just as profitable as it was before adding the squeeze page. What is even better? 10% of clicks from the Facebook ad fill out the form on the squeeze page to join my email list. 47% click on no thanks, and the remaining 43% bounce off this page. Since the machine is still profitable I assume that 43% were not likely to buy the product anyway. I increase the spend to $15 per day.

Three days later I check in. I have a lot more data now since adding the squeeze page and the numbers continue to tell the same story. I once again start to split test some variables in the ad.

This is the short story of how a sales funnel can work. In this case I'm promoting someone else's product and getting paid a commission. If it were my own product things may change some and I would have to worry about the product sales page and funnel. The point is it takes very little total investment in order to test some assumptions and generate a profit. Does that open your mind a little?