Google Plus has arrived in a big way. You might have noticed the little +1 buttons in your Google search results for the last few weeks but nobody really had much of an idea what it was about until now. In a nutshell Google Plus is another attempt by Google at launching a usable social network. You might be asking how this is different than Orkut or Google Buzz and you would be right to see similarities but there is a distinct difference and its that difference that also makes it greatly appealing to businesses when in comparison with Facebook & Twitter.

What Makes Google Plus Different

Well, to consumers the basic difference is that it is from Google and that alone is enough to get it out of the gates. For advertisers and online marketing professionals the difference is that simply put, they have combined the social networking with their own core competency… search. Facebook & Twitter don’t have the option to put “like” buttons and “retweet” buttons on Google’s search results pages. Since Google controls over 60% of the online search volume this gives Google Plus a huge audience and relevancy right out of the gate. This is also the single greatest reason why businesses will care about Google Plus.

While search engines like Google have been trying for a long time to factor in social popularity into search algorithms, only Google Plus is perfectly positioned to directly affect SEM. Consider that it would be easy and sensible for Google to give higher rankings to websites and pages that have high social popularity via Google Plus. That can’t be done in the same way or with as much ease with Facebook likes.

Google Plus for Business and Marketing

If you are a business owner or webmaster the biggest thing you can do right now is to integrate a Google Plus button into your website and blogs. This can be done quickest with the Digg Digg plugin for WordPress. For now you will have to settle for this since Google Plus as a social network is currently for consumers only.

In a post from Christian Olsten, Product Manager on the Google Plus project, he remarks:

“We have been watching Google+ take shape over the last week and we’ve seen some really great companies get involved. But frankly we know our product as it stands is not optimally suited to their needs. In fact, it was kind of an awkward moment for us when we asked Ford for his (or was it her?) gender!”

They are working on it. They have big plans to make Google Plus an easy place for non-person entities and businesses to interact with current and potential customers. For now, go here if you would like to be considered in their beta program. 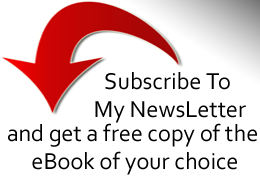