I have been reflecting about a personal development quote by a Ralph Waldo Emerson who said “That which we persist in doing becomes easier; not that the nature of the object itself has changed, but that our power to do is increased.” As I was out for my run yesterday and remembering this quote I was reminded of a few stories from my life.

When I was a senior in high school I was a year round runner. In the fall I was a member of the cross country team and in the spring I was involved in track. In long distance races athletes have the tendancy to “fall asleep,” and forget to compete. As you approach the middle of the race you tend to get into a groove and only concentrate on finishing. In one such mile race I have a memory that will stay with me forever. I was nearing the end of the 2nd (of four) lap, when my subconcious woke me out of the runners sleep and told me to choose. I was startled. I was surprised to have the mental clarity to realize that in this moment of the race I had to make a choice. The decision was between racing with all that I had or continuing to push forward in my normal racing speed which although painful it never fully pushed me. That day I choose the high road and I ran the fasted mile of my life. Looking back I suspect that the top performers on my team were those who were able to make that decision during the middle of each of their races. We all make the decision before the race but those early commitments are easily forgotten when the going gets tough.

I have a less happy memory when I think of my college education. The first few years of school went fine as I did the bare minimum to get by in the general classes. As I began taking core business classes in my third year much more effort was required to get a passing grade and I was faced with the decision of stepping up my level of commitment or failing. It wasn’t a conscious choice that I made in my mind but by not deciding to do more I in fact decided to fail. After failing a few classes I eventually dropped out of school and haven’t returned. In this instance I choose what was easy and convenient instead of following the advice of mentors and stretching myself to do what I knew I could.

One last story. I was 21 and had signed a contract with a summer sales company to go out of town for the summer and sell satellite tv door to door. A few days after signing the contract I fell in love. The idea of going to Dallas for the summer while my girlfriend (before I left I proposed) was in Wyoming was hard. As the summer approached my designated summer location changed several times and I ended up knocking doors in Billings, MT. In mid June our sales manager told us that we had knocked every door in Billings and that we were going to move to Iowa to finish the summer. I had sold less than 40 units and was only making enough money to break even on my expenses. I couldn’t logically justify driving so far East away from my future bride when frankly the job wasn’t going well. I did it anyway. I needed the growth and to develop the sales skills and something extremely deep inside of me forced me into the car and steered it toward Des Moines. 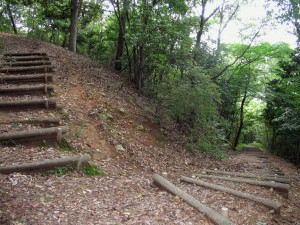 When the most difficult choices in life come to us, we “will have to choose between that which is easy, and that which is right.” The voice or power deep inside which guides us to take the high road must be developed and strengthened. We exercise it just like any other muscle. In the end it will be the small day to day decisions that we make that will build the strength we need to do the most difficult but necessary of tasks later. Getting up when the alarm goes off, working out when you are too tired, and reading a book to your child when you would rather watch TV are all “tough decision muscle” builders.

Think through your past and search for those difficult decisions that you made correctly and draw on those memories when you need more help. Building discipline in every moment of every day will help you and I reach our divine potential and rise to the occasion when it matters most. Personal Development is a journey after all.