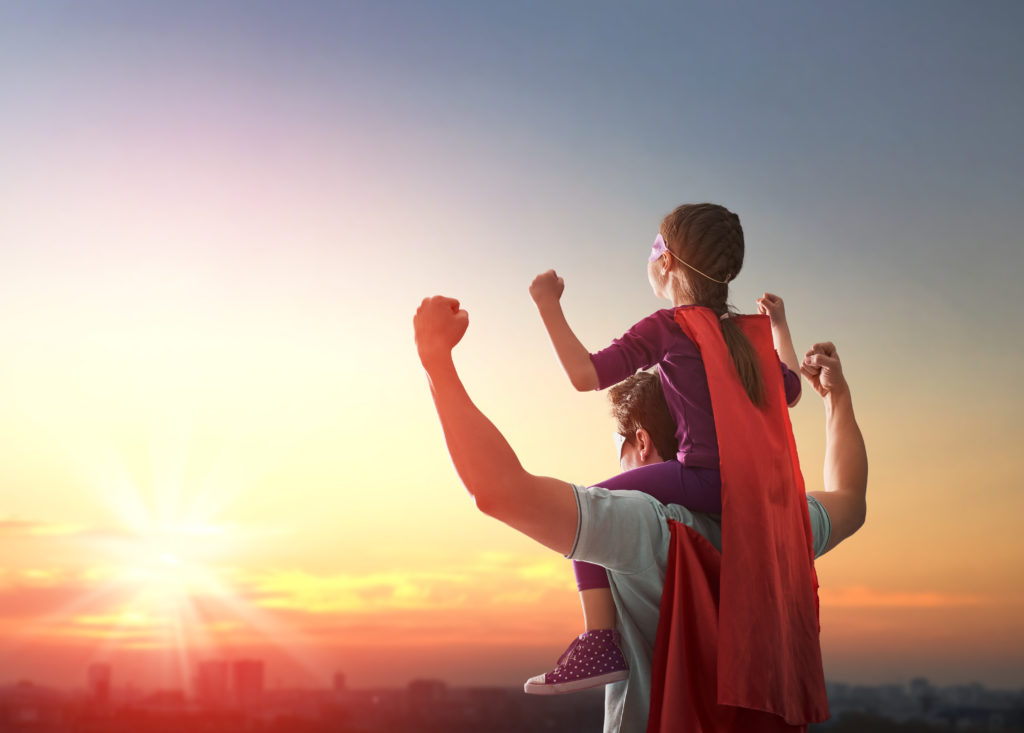 We all relate well to superhero stories. Who doesn't love a story of someone swooping in to save everyone from a great calamity and criminal? As it relates to our own life story, I have found there are generally three types of characters; Heroes, Victims, and Bad Guys. Which are you?

Sadly We Are All Three From Time to Time

Below I will clarify how I identify these characters but it is important to note that we have some of all three inside of us. Our objective in life is to try to play the role of hero as often as we can by suppressing the character traits of bad guys and victims.

Who Is The Hero?

Everyone loves the hero. The hero is always available and ready to sacrifice anything for the greater good. Heroes are selfless, strong, prepared, and willing to make sacrifices. Heroes are focused on serving others and dedicate their lives to the success of others.

The hero is the person who works long hours to feed their family. The mom who loses sleep to feed the baby. The school teacher who works nights writing detailed feedback for their students.

It doesn't matter what you do for a living, where you live, or your family situation. Anyone can be a hero in their current story… right now. All it takes is a shift in attitude.

Who Is The Victim?

Traditionally we don't think of victims of the latest Batman movie with a negative connotation and sometimes bad things happen to all people but in your story, your attitude not your circumstances determine if you are the victim or the hero of any given moment.

The victim is the person who is entitled, dependent on others, and focused on what is in it for them. Victims think they deserve something from the world and become frustrated when the heroes around them don't provide things for them.

The victim is the person who spends time complaining instead of working. Victims hesitate to do anything uncomfortable or inconvenient for others.

Who Is The Bad Guy?

The bad guy of the story is the person who is acting purely with the intent to harm others. Bad guys have gone beyond victimhood to a state of proactive destruction. Selfishness has turned into blatant disregard for others.

The bad guy knows their actions are harmful to others but is past the point of caring. Don't be the bad guy.

So How Do I Make Sure I'm Playing The Hero?

Since we all have some of all three characters inside of use we have to first be able to recognize the character we are playing at any given moment. We freely move between these different roles during the course of our daily story.

Next time something hard happens to you stop and ask which role you are going to play.

Parenting Example From My Life

My son's room is a disaster, his dirty dishes are still sitting on the counter and even though he has been asked to do his homework he has just walked out of his room dressed up in a costume and holding the appropriate props. I'm furious. Its the last straw.

If I decide to be the bad guy: I'll punish him without any thought. I won't talk to him, I won't give him a chance to explain, and I'll make sure the punishment REALLY hurts.

If I play the victim: I'll tell him my life is too hard to deal with this crap. I'll explain how I slave away all day long only to have to then deal with disobedient children. I'll pass out a punishment with the sense that this might help him understand how I feel about his actions.

If I play the hero: I'll see this as another teaching moment. I'll take a deep breath to summon my inner superman and I'll ask him to explain why he isn't doing what he was asked. I'll explain WHY it is so important for him to do what he was asked and I'll help him take the attitude of a hero as well.

Business Example From My Life

Someone has just published a video on YouTube saying my company and my product suck. They said our marketing practices are immoral and our company is nothing but a scam full of cheating and horrible humans.

If I decide to be the bad guy: I'll probably report the video to YouTube and then watch his last 5 videos so I can figure out what is really the worse thing about him that I can say. Then I'll publish my own video explaining why he is a moron and knows nothing about anything.

If I play the victim: I'll tell my employees that this horrible mean person is saying bad things about us that aren't true. I'll send him a message that explains how wrong he really is about everything he said and why he should appologize and take down the video.

If I play the hero: I'll watch that video 5 times and ask myself as honestly as possible if he is right in any of his accusations. I'll take immediate steps to improve my marketing process and change what we do to prevent anyone from ever having such a bad experience again. I'll send him a message that explains how grateful I am for the feedback no matter how hard it is to hear. I'll let him know what I've done to make business changes based on that feedback.

What Can You Change?

Take a moment to do some introspection. Think about the last horrible thing or hard thing that happened in your story. Were you the hero in that moment?