I graduated from high school in 2001. After a short time in a sales job I decided to do some church related volunteer work in Brazil during 2003 and 2004. After returning from Brazil it was time for me to enter the real world and make some real life decisions about my career, family, and education. It was Christmas of 2004, 3 days after my return from Brazil, that I received a copy of Stephen R. Covey‘s book, 7 Habits of Highly Effective People, as a gift. 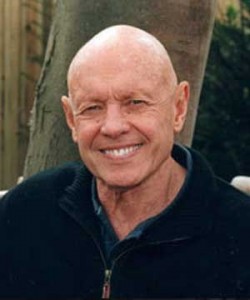 It took me about 5 months to read the book because I decided to really understand the content. I went through it with a highlighter (something I never did with a textbook) and it profoundly impacted me. It crafted, among other things, a vocabulary and context in which I could learn and practice fundamental principles that I had always known to be true. The fundamental principles that Stephen R. Covey spent his life teaching are not new to him. They are eternal but he has been the most successful at teaching them in the context of self-development and business. He coined vocabulary that today many of us use without knowing him as the source. Some of these phrases include, Win-Win, Begin with the End in Mind, and First Things First.

I won't bore you with all of his accolades or achievements. As great as they are I'm sure you can get them from Wikipedia. I will just suffice by remembering what a significant difference his teachings made in my life as I strived to apply them. A person's paradigm and value system are built from a large number of life experiences. For me, outside of my parents teachings, and my religious beliefs, I can identify no other thing as significant an influence as that book and other books written by Stephen R. Covey.

He will be sorely missed. My deepest condolences to his family and other close friends who suffered this loss.