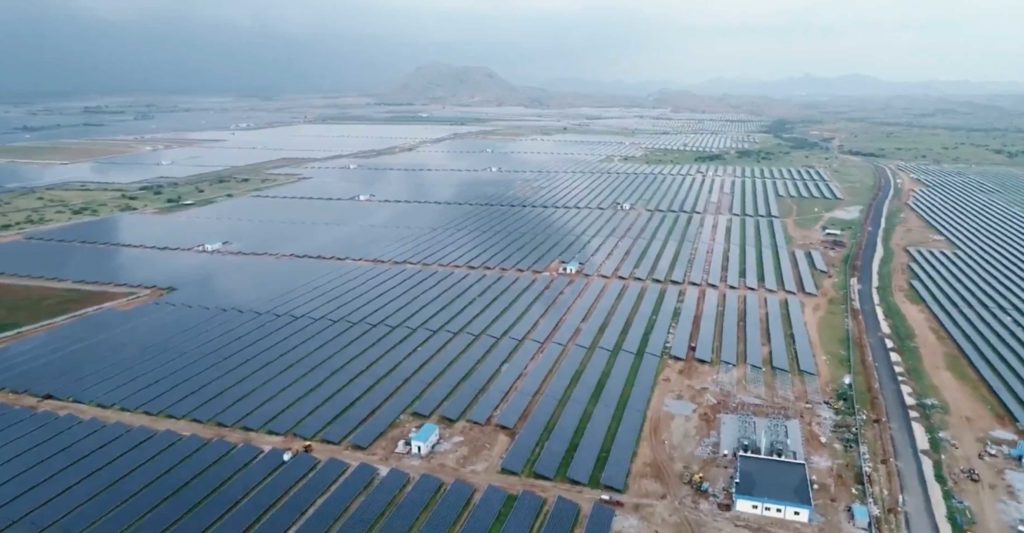 I've been intrigued by solar power recently. I read a biography about Elon Musk and during that book, I heard a statistic that peeled my brain open.

In a single hour, the amount of power from the sun that strikes the Earth is more than the entire world consumes in a year. (Source and more details: Business Insider)

Solar Is Something We Can All Get Behind

There are a lot of politically polarizing issues in our country but solar power is something almost everyone can get behind. Unless your personal wealth or income is directly attached to the success of fossil fuels you probably at least agree that solar energy is a great idea. Today all renewable energy (wind, hydro, solar, etc) accounts for 13 percent of US electricity generation. Of that small sliver, solar accounts for 3% of the 13%, which ultimately means it represents 0.39% of the total. Less than 1%.

Personally, I wasn't ready 30 days ago to move to residential solar. I'm warming up to it quickly but I'm intrigued by Solar for the following reasons:

I decided to create a challenge for myself. I decided to only use solar power to charge and use all my personal electronics. This includes my cell phone, my smartwatch, my headphones, my flashlights, and tablets. I am aware that relatively, charging these devices as often as I do doesn't really have any significant impact on my electric bill or the environment but it is a fun place to start AND it means that I could potentially power all these devices independently if the grid went down. Now obviously if the grid really went down my tablets are worthless without wifi but somewhere in my brain, this sounded like a fun way to test solar in my life. 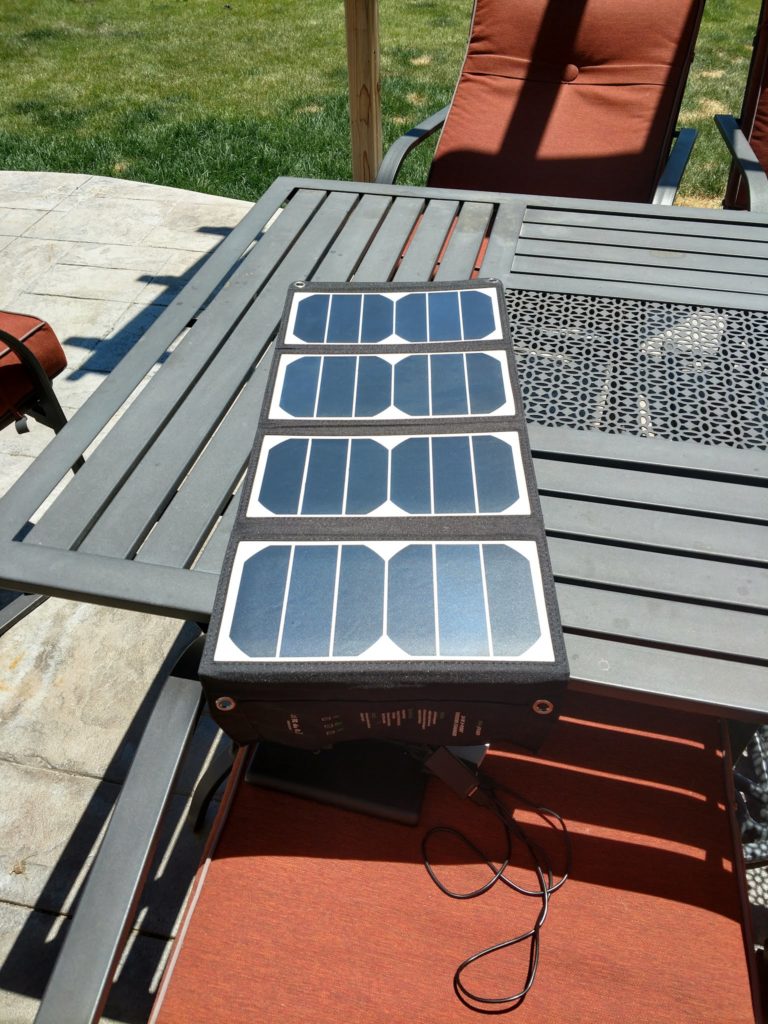 I'm now 12 days in a row without using any power outside of solar to run any personal electronics, keyboard/mouse, or flashlights. During that time I went on one camping trip completely away from electricity. I call that a success. If I can do it I think you can too. I think you need about $180 worth of gear (more on that later) but it can be done. Here are some of the key lessons I learned that you might find helpful if you attempt this challenge.

The Gear I Am Using / Loving (All links lead to Amazon.com)

PANELS: I have two different solar panels. They both are similar in design, folding into a compact package. The first ones I purchased have an output of 15 watts and have 3 panels. On a long sunny day they generate enough power to recharge a handful of things but quickly I discovered they wouldn't allow me to really complete this challenge. I upgraded to the RAVPower 24W Solar Panel w/ Triple USB Ports. I couldn't be happier. With 24 Watts of output and 3 USB ports these things make a big difference and still fold up into a compact package.

CHARGER: I have a handful of portable power charges I've collected over the years. They vary in quality and capacity. You will definitely need more than one but I quickly learned that having something with MASSIVE capacity and the ability to charge faster and be able to charge multiple devices was CRITICAL. So a few days in I ordered the Anker PowerCore 26800 Charger. It made a huge difference. It is big (I would rather be hit in the head with a real brick than this thing) but it gets the job done big time. It recharges twice as fast because it has 2 input ports. It also has 3 USB output ports, each one pushing out 5V. Just buy it and thank me later. I made the recharging of this my top priority and used my other chargers with my second set of panels or when the Anker was already full.

BATTERY CHARGER: A lot of my small electronics and flashlights run on AA and AAA batteries. There are a ton of chargers out there for rechargeable AA and AAA batteries but very few that can run on USB which is critical if I'm going to make it work directly off the solar panels or off the charger that was charged via the solar panels. This was the most difficult thing to research and find but I'm very satisfied with the Deruicent FLAT TOP Battery Charger. The digital display tells me where I'm at with the batteries and it runs fully on USB. Seems very efficient and comes with two 18650 batteries.

BATTERIES: I tested a few but haven't found anything as awesome as the Tenergy High Drain AA and AAA rechargeable batteries. $26 will get you 12 of each. The AA batteries have a capacity of 2600mAh and the AAA have a capacity of 1000mAh. They charge decently fast on the charger mentioned above and hold the charge much longer than most of the others I tested. They do sell them in other battery sizes as well. Alternatively, you can find AA and AAA batteries these days that have micro USB ports right on the battery. That might be even better.

Some other fun things I've using and enjoying include:
EFORCAR Portable Vacuum – USB recharging portable vacuum with accessories. Works great for the tent, car, and office and given the lack of USB charging vacuums available for sell I'm satisfied with this one.
Solar 11-in-1 Battery Charger – Has its own solar panels. Not nearly as efficient to recharge batteries as combining the RAVPower panels above with the Derucient FLAT TOP charger above, but it is an all in one system for solar recharging of batteries.
Goal Zero Lighthouse 400 Lantern – Camping lantern that is charged via hand crank or USB. Also can charge other USB devices.

The Conclusion of the Personal Solar Challenge?

So, you might be thinking… WHY? Why would one embark on something that has essentially no measurable impact on the electric bill or the environment, costs money up front, and is relatively inconvenient? Well, because I wanted to know if I could do it, and because I had to start my personal renewable energy journey somewhere. Buying thousands of dollars of residential panels seemed like a big step I wasn't yet ready for.

Maybe you are like me. You just don't know if you are ready to embrace this whole Solar Power thing. Give the Personal Solar Challenge a shot and let me know in the comments how it went for you!