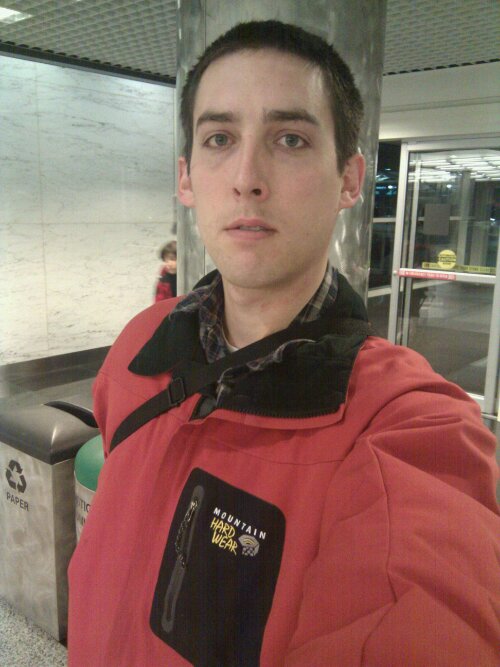 Thank you Delta and the Person Who Turned in my Jacket!

On Thursday the 23rd of December I flew out of Denver International Airport to go home for Christmas. It wasn’t until we touched down in Salt Lake that I realized I had left my Mountain Hardware jacket at the gate in Denver. I immediately called the Denver airport. When you call the airport’s phone number you get an automated system, and you can press 5 for “Lost and Found.”

The friendly man told me that my jacket hadn’t been recovered yet but they only made the rounds to all of the concourses once per day. He suggested that I call back the next day. I forgot about it until Monday morning when I was returning to Denver. I called again and was told that they still didn’t have it. When I asked how many days I should let go by until I should give up I was told 7 days.

As fate had it, exactly 7 days after the day I left the jacket at the gate, I returned to the airport for another flight. After getting through security I called the main number again and was told it hadn’t turned up. Refusing to loose an expensive jacket at a place where people should know better than to pick up stranded objects I approached an information desk when I reached my concourse. Without mentioning that I had already been on the phone with the airport, I told the story about leaving my jacket at a gate a week earlier. The nice lady gave me a phone number and told me I needed to contact the city of Denver lost and found. Feeling a little confused I thanked her and walked toward my gate.

Circumstance had it that I was at the same gate as the week previous so before I sat down to call the city lost and found I asked the gate attendant if they had their own lost and found, explaining about my jacket left there the previous week. “Did you already check with Delta’s lost and found?” At this point I’m wondering how many independent lost and founds there are in this airport and how come none of them know about each other. She made a phone call and found my jacket! I picked it up at the Delta Baggage office on my return.

The lesson learned is that I should never give up on something if it is important to me. I’m guessing that a lot of people have lost property at that airport that they were never able to track down over the phone and I would have been among them if I hadn’t been in the airport the following week or if I hadn’t kept trying. Often times the solution to many common problems lies outside of traditional thinking and wisdom. Be creative and be willing to try.

Posted in Personal and tagged airport, Denver, lost and found, never give up