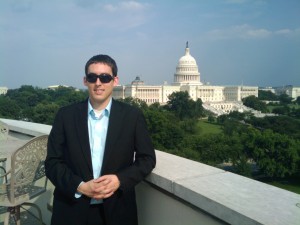 July 4th is perhaps my favorite of holidays. The last several years I’ve been on a bit of a US history kick reading all the books I can on founding fathers and the revolutionary war. Thinking about the miracle that surrounds our nation’s independence is truly awe inspiring. The founding fathers often referred to “providence” when referring to the many miracles that brought our country into existence. Referring to Providence was their way of saying it was God’s Hand that saw it done. Our nation was very much so founded not only on principles of freedom of religion but even more so on principles of faith in God and the Bible.

I am reflecting today upon a few of the specific stories of 1776 in which Providence saved our nation.

There is the time in the beginning of the year when George Washington’s troops first laid siege upon the British in Boston. For the greater part of 1775 and the beginning of 1776 it was a stand off. The British waited eagerly for re-enforcements before attacking the “rebel’s” perfect fortifications and General Washington also lacked the power to launch a successful attack. Fates turned in March when Henry Knox returned from Canada with almost 80 cannons which had been abandoned. His success in bringing them to Boston is the story of a miracle of its own. Now with artillery General Washington put together a plan to build fortifications armed with cannons on Dorchester heights; a group of higher hills overlooking both the city and the water. In a single night the continental army raised fortifications, timbers, barrels, and hay stacks to the top of Dorchester heights along with artillery. The secret movement was covered by the noise of cannon fire on either side of the front line. When the British woke on March 5th to see cannons and fortifications over looking them General Howe was reported to have said that the rebels had done in one night that which would have taken his army 3 weeks to do. With a fierce wind preventing his ships from moving inland the British were forced to abandon Boston and retreat for a time. 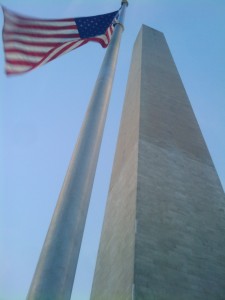 Soon there after our armies were stationed in New York foolishly thinking they could somehow retain the territory when it was surrounded by water. The fleet of the British arrived and without any issues passed by Fort Washington which was hoped would be able to fire down on the fleet. It anchored for a time and had it been able to sail up the river it would have surrounded the continental army and ended the war. On August 27th the British army engaged the Americans and out maneuvered our armies. The battle of Long Island was a bitter defeat for our country and General Washington knew he had to leave NY before the British managed to finish us off entirely. On Aug 29th Washington managed to withdraw all 9000 troops and supplies across the river during the night. This top secret move was masterfully executed and was also saved by providence. On one hand fierce winds kept the fleet out of the river while General Washington executed the retreat. More strange and miraculous still was the heavy fog that sat down on New York the following morning when the sun came up to reveal to the British what was happening.

Perhaps the most famous of George Washington paintings is that of him standing in a boat as it crossed the Delaware river into New Jersey. It was Christmas Day and the river was frozen over with ice. The wind howled with such fierceness that men could not hear their own voices. Three different units of men were staged to cross the river at different points and enter into Trenton NJ from different directions first thing in the morning. In the darkness of the winter evening only one of the 3 units were able to break the ice and cross. It was the group entrusted to General Washington that managed to transport men, cannons, and horses across the frozen river. They marched from the river for hours into town. Many of the men didn’t have shoes or coats. In the first light of Christmas morning the stormed the town and took it. They captured 900 of the enemy soldiers and the only deaths among the continental army were two men who died from exposure during the morning march.

In May I was able to travel to our Nation’s capital on a business trip. Since I was working during business hours I wasn’t able to really go into any of the sites. All of the museums and other attractions close around 5:30. Just the same I was able to visit many of the sites and see them from the outside. Truly our nation was inspired and I pray that the leaders in our government can make wise decisions that will continue to ensure our liberty and freedom!